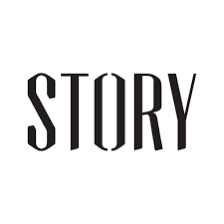 First off, I got second place in a short story contest

this was my entry to the short story contest hosted by….drum roll please….Gelina @ Day In And Day Out With Gelina, you can find the results post over here

Also this a short story by me when I was 10. I just tweaked a few things. The real one you can check it out over Here.

It was the darkest night of the year. I was about to go for a walk. There weren’t many people there that night. It was bitterly cold.

I saw a flying saucer while walking. I dashed off to get my bicycle. I rode it and chased after the UFO. It came to a halt. I became agitated and couldn’t breathe. Where had I reached? I saw an enchanted garden. It was a magical experience. I was taken aback by the unexpected. There was an alien-infested UFO. I couldn’t believe what I was witnessing!

I snuck into the space ship without thinking twice. There was not a single alien who noticed. The spaceship was packed with buttons and levers. I unknowingly pulled a lever, awestruck by its technology.A green alien appeared out of nowhere and bowed down to me.

I appeared to comprehend their lingua franca. Then he summoned the rest of the aliens. They all bowed and offered me a comfortable chair and some food. I was treated as if I were a princess.

When I looked out the window, I wished I could take my parents to this magnificent galaxy as well. I had a great time there!

With the guidance of a wise old alien, I also learned how to operate a spaceship. Soon after, I arrived in a faraway land, another planet brimming with life, water, and air—all of which are able to support life. I actually thought I was dreaming, so I pinch myself to make sure it wasn’t a hallucination.

My great grandfather was the alien king. He was the most considerate of them all. My grandfather refused to live in GalieoPax. So he travelled to the blue planet, Earth. On this planet, he married my grandmother. She was from a neighbouring planet. This wasn’t hard to believe because I always knew aliens were real, no one knows about the universe. So maybe aliens are real, just scared and nervous to show themselves.

“We both decided to keep you away from your history and start a new family,” my father concluded.

I was taken aback and perplexed. Today has been the strangest day of my life. Suddenly, an elderly man wearing a crown entered the room. “Your Great Grandfather,” my father said into my ear.

An alien approached him and told him everything that had happened.
He approached me and hugged me. Then he went to my father and begged forgiveness. My father’s eyes welled up with tears.

“I should have let you live your own life,” he said. But do not deprive me of my granddaughter.” My dad forgive him, they both catches up on things. We all had a happy family dinner. And trust me alien food is the best.

We had a sleepover at the kingdom because I was so tired. But, after all was said and done, I was the GalieoPax’s heir!

8 thoughts on “My enigmatic past // fiction story”

I solemnly swear that I am up to no good. - Dhriti Keni✌️